"In a heartfelt performance, Clay von Carlowitz is quite sympathetic and genial in his role as Evan. Putting on a strong and brave face, Evan (Carlowitz) is the everyman trapped inside an extraordinary situation. Evan is stuck in the past, but nostalgia is much better than his future."

"(Clay von Carlowitz and Asta Paredes) both pull off their characters with well-orchestrated chemistry that’s hard to miss."

"The film has an interesting story and involving cast."

"By showing more than telling, EROS POINT allows for some great performances while being consistently engaging as it builds towards its logical conclusion."

Reviews for THE SHADOW SCARF
​ 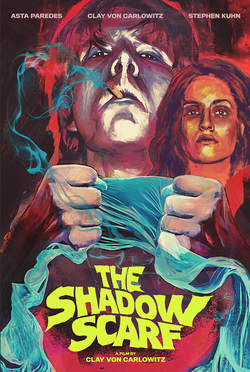 "As straightforward as it seems, there’s a surprising level of depth especially in terms of Jeffrey (Clay von Carlowitz)."

"With a dynamic screen presence, Clay von Carlowitz holds onto the audience’s attention with a gripping character-driven performance. Jeffrey (von Carlowitz) is such an interesting character who masks his guilt and flaws with his sarcasm and cynicism."

PATRICK BROMLEY - F This Movie!
​
"The dialogue and delivery are stylized in such a way as to walk the line between reality and dreams. The characters do a great deal of talking, but rarely do they say what needs to be said -- namely, the truth. This is a story about what we conceal about the past, and how those secrets, like a fog, allow us to lie to ourselves and avoid facing who we really are."

THE VERN - That Moment In

“THE SHADOW SCARF is one of those shorts you feel like you know where it’s going until the rug is pulled out. You feel shocked and surprised at first, but when you watch it again, you know very well that the rug was being pulled out from (under) you from the start.”

"Jeffrey is written to be dislikeable, channelling a frat-boy vibe and von Carlowitz successfully translates that on to screen.​" 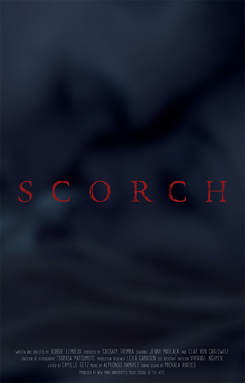 "Clay von Carlowitz, who was the shining star of Return to Nuke ‘Em High, is phenomenal here as this easy-to-hate cartoon villain."

"Clay von Carlowitz excels both on stage and on the screen. Currently known more for his comedic roles in Troma's latest productions, von Carlowitz is also capable of taking on dramatic roles as evident in his stellar performance in Danny & The Deep Blue Sea. Von Carlowitz completely disappears into the performance and becomes the character. It was both impressive and amazing and something you unfortunately don't see too often these days."
-Bjarni Gautur Tómasson, Filmmaker

"Raw and powerful. Paredes and von Carlowtiz crafted great performances where the stakes were brutal but terribly human with courage, trust and love."
-Laura Vogels, Actor/Photographer

"These guys should keep performing - von Carlowitz and Paredes were electric . They frickin' changed the molecules in the room!"
-Michael B. Chadwick, Actor

CELLULOID TERROR - Bluray Release
"His cast includes a bunch of relatively unknown names, nothing new for Troma but the entire cast pours their love into the film... Clay von Carlowitz brings the hilarious Eugene to life and creates one of the most ridiculous car sex scenes I've ever witnessed." 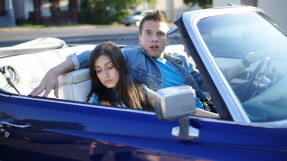 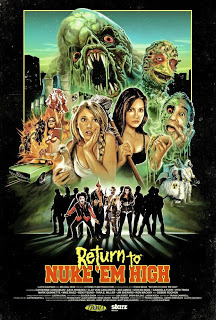 F THIS MOVIE - Patrick Bromley, Chicago Premiere Review
"von Carlowitz makes Eugene a very entertaining douchebag, playing the part at the big, stylized pitch we've come to associate with Troma. Within seconds, we can identify him as THAT GUY, but by the time the film ends he has become more than that. There are jokes made at the expense of his sexuality that aren't just cheap laughs, but actually tie into the larger themes of the movie. Eugene, stooge that we may think he is, turns out to be just another misfit looking for a place to belong." 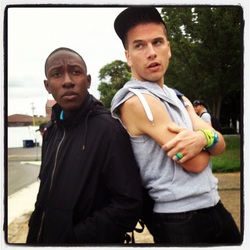 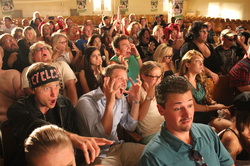 "Like the character played by the hilarious Clay von Carlowitz, the story is, at least in part, about searching for personal acceptance in an extremely bizarre world, and bizarre it is..." 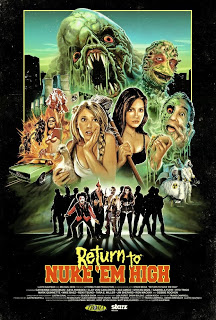 
"When the film works, it really hits the mark. There are some hilarious scenes in the movie and it's filled with superb comedic performances. I was particularly fond of Clay von Carlowitz's Eugene who has some fantastic facials and dialogue delivery. His outburst when Chrissy (Asta Paredes) won't sleep with him in the back of his car is outstanding."